For well over a decade, Professor Morris has been waging a quixotic campaign against the foreskin. Although he has “no involvement in clinical medicine” and “cannot claim any more expertise on the topic of male circumcision than any other scientist,” Morris has sought to demonize the humble prepuce. So dangerous is this particular part of the normal male anatomy, according to Morris, that it must be removed from a child’s body before he can form his own opinion.     — Brian D. Earp & Robert Darby (The Skeptic, 2014)[1]

Circumcision advocates are at it again, this time accusing the esteemed Canadian Paediatric Society (CPS) of ‘sloppy scholarship’ and ‘inflated harms’ after the 2015 release of its revised policy on infant male circumcision.[2] In a recent ‘review’ article published in the Canadian Journal of Urology, lead author Brian Morris and co-author Dr. Neil Pollock urged that the CPS stance should be revised to be more aligned with the American Academy of Pediatrics (AAP) statement of 2012, which they consider to be more pro-circumcision.

The National Post’s reporting of the review is filled with half-truths espoused by Morris, as well as this blatant lie: “The AAP states: ‘The new findings show that infant circumcision should be regarded as equivalent to childhood vaccination and that as such it would be unethical not to routinely offer parents circumcision for their baby boy. Delay puts the child’s health at risk and will usually mean it will never happen.’”[3]

Nowhere do those words appear in the AAP’s Policy Statement [4] or in its 32-page Technical Report.[5] Failure by the Post’s Barbara Kay to do basic fact checking about Morris’ quote is nothing short of sloppy journalism.

The most recent AAP and CPS policies both fail to recognize the many conservative prevention and treatment options that make circumcision virtually unnecessary. Phimosis (tight foreskin) is a normal physiological condition present at birth and will resolve naturally anytime between ages 3 and 18. After that, pathological phimosis can be treated with steroid creams, gentle stretching by the male himself, or by minimally invasive preputial plasty that preserves beneficial foreskin functions. Almost all sexually transmitted infections – including HPV (the culprit behind penile and cervical cancers) and HIV/AIDS – are preventable with good hygiene, limiting sexual partners, condom use and, more recently, the HPV vaccine. In short: You can wear a condom every time, or cut off part of your penis and wear a condom every time. Rarely is the radical step of circumcision called for.

In fairness to the CPS, it had three years to study the AAP statement, which could explain why it arrived at the same conclusion: to not recommend circumcision of all newborn males. Morris fails to reveal that the American policy was widely criticized as being out of step with world medical opinion, which largely discourages subjecting unconsenting children to medically unnecessary surgery.

Immediately after release of the American policy, the AAP policy was accused of cultural and financial bias toward circumcision by 38 prominent paediatric professionals from Europe and Canada.[8] They faulted the AAP policy for excluding discussion of the important protective, sexual and immunological functions of the prepuce (foreskin) and noted that the U.S. operates under a for-profit health care system; unlike Canada, Europe and other developed nations where health systems exclude payment for infant circumcision. The AAP was also faulted for its lack of recognition of the child’s human right to bodily integrity or the growing numbers of circumcised men voicing distress over a needless genital surgery imposed when they could not consent.[9,10]

Morris states that “There’s a lot of hysterical nonsense by the anti-circumcision movement that is really like the anti-vaccination movement, and it’s appalling when a body like the Canadian Paediatric Society can fall for this nonsense.” Recognizing long-term harm to men and safeguarding children’s rights to bodily integrity is not ‘hysteria’. Rather, it’s an increasingly mainstream view among medical professionals and human rights advocates around the world.

The UN General Assembly adopted the Convention on the Rights of the Child (CRC) in 1989.[11] Every nation in the world—with the exception of the United States—has ratified the CRC. Canada ratified the Convention in 1991 and, as such, is bound to it by international law. According to Article 24.3, “States Parties shall take all effective and appropriate measures with a view to abolishing traditional practices prejudicial to the health of children.” This has been widely understood to include routine infant male circumcision.

The International NGO Council on Violence Against Children reported to the U.N. in 2012 that male circumcision, female genital mutilation, and sex assignment of intersex children are “harmful practices based on tradition, culture, religion or superstition,” stating that “a children’s rights analysis suggests that non-consensual, non-therapeutic circumcision of boys, whatever the circumstances, constitutes a gross violation of their rights, including the right to physical integrity, to freedom of thought and religion and to protection from physical and mental violence.” The report recognized a host of physical, sexual and emotional complications associated with circumcision and recommended that “Health practitioners should be encouraged to work actively to eliminate these harmful practices as part of their codes of ethical conduct.”[12]

U.K.-based Child Rights International Network recognizes non-therapeutic circumcision of infants and boys as a violation of their basic human right to bodily integrity (2013) as well as their religious freedom (2015).[13,14]

In 2013 the Council of Europe weighed in on the issue. “The Parliamentary Assembly is particularly worried about a category of violation of the physical integrity of children, which supporters of the procedures tend to present as beneficial to the children themselves despite clear evidence to the contrary. This includes, among others, female genital mutilation, the circumcision of young boys for religious reasons, early childhood medical interventions in the case of intersex children, and the submission to, or coercion of, children into piercings, tattoos or plastic surgery.”[15]

From our Canadian perspective, Morris’ demand is equally problematic.

As far back as 1997, McGill University ethicist Dr. Margaret Somerville made international headlines when she expressed her belief that infant circumcision, like any surgical intervention on an unconsenting person without immediate medical indication, is “technically, criminal assault.”[16]

The Saskatchewan College of Physicians and Surgeons warned physicians in 2002 to “…take heed of a profound rise in activity by citizen groups that …are bringing to light new evidence that the male prepuce may play an important physiological and psychological role in adult male function, which has to date been largely ignored in any consideration of harm associated with infant male circumcision.”[17]

In 2009 the B.C. College of Physicians and Surgeons issued its Professional Standards and Guidelines regarding circumcision stating, “Under the Canadian Charter of Rights and Freedoms and the United Nations Universal Declaration of Human Rights, an infant has rights that include security of person, life, freedom and bodily integrity. Routine infant male circumcision is an unnecessary and irreversible procedure. Many adult men are increasingly concerned about whether their parents had the right to give consent for infant male circumcision. …This procedure should be delayed to a later date when the child can make his own informed decision.”[18]

Although Canadians often admire, respect, and mimic our southern neighbor for many reasons, we also pride ourselves on attributes that set us apart and align us more closely with European values. Rejecting harmful traditional practices and showing greater respect for children’s rights are such attributes and values.

In 2010, the Royal Australasian College of Physicians estimated that only 10%-20% of newborn Australian boys are still being circumcised.[19] One must wonder if our Aussie friend Morris thinks he’s lost his battle in his home country and is now setting his sights on propping up Canada’s dwindling 32% circumcision rate.

In the end, it’s vital to realize that Morris is an irrelevant individual with a long history of obsession with surgically altering children’s genitals, and that Dr. Pollock is a ritual circumciser who profits from operating seven circumcision clinics in BC, YT, NWT and Washington state.[20] Both have a personal interest in reversing Canada’s downward circumcision trend. Their ‘research’ can hardly be trusted to be unbiased.

More importantly, Morris and his co-authors are well aware of the global trend toward recognizing circumcision of healthy male children as a human rights issue. They are doing everything in their power to protect their interests by perpetuating obsolete medical arguments disguised as ‘new research’. Canadian parents deserve to know the whole story when it comes to such an important issue and should expect to read well-researched and balanced coverage in the National Post. 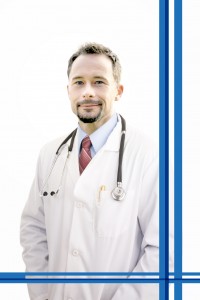 [11] Convention on the Rights of the Child. U.N. Human Rights Office of the High Commissioner, November 20, 1989. http://www.ohchr.org/en/professionalinterest/pages/crc.aspx