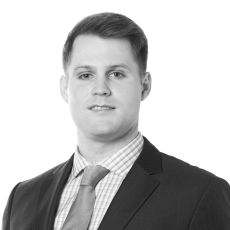 Brett obtained his Juris Doctor from Bond University in Gold Coast, Australia, in 2014. Prior to law school, he received his Bachelor of Business Administration, Honours with a Finance Concentration and Economics Minor, from Wilfrid Laurier University in Waterloo, Ontario, in 2012. He was called to the British Columbia Bar in 2016 and the Ontario Bar in 2018. Brett practices law in London, Ontario, where his work focuses on insurance defence litigation.

Brett has been researching the issue of forced genital cutting of children since he was 20 years of age in 2011. He is passionate about changing Canadian law surrounding this issue so that the basic human right to genital integrity is realized for future generations. He is active in support groups online for men around the world coping with both the physical and psychological damage caused by the forced genital cutting of children.